Don’t want to get pregnant? Take “The Pill”.

Want to “regulate” your cycle? Take “The Pill”.

But as women, we aren’t being told the whole story.

That the pill has side effects and causes changes to our delicate hormonal system. And hormonal birth control is being used at younger ages than ever before with no long-term studies being done on the implications of this!

My on story with the pill is one I hear often, I went on it right before I got married as we wanted to wait a while before having children. And the doctor mentioned that it would regulate my almost non-existent cycles. So it was a win-win right?!

Almost immediately I began gaining weight, started getting acne that wouldn’t go away, and I had migraines all the time. After a few changes in pills, I found one that was “ok” and stayed on it for over three years because I felt I had no other options.

I didn’t know it was doing was causing major emotional issues: irritability, rage, being irrational, moody, and plain old mad most of the time.

I didn’t know that there were other ways to balance my hormones and prevent pregnancy! Over the last few years I’ve also found that many other women don’t know they have options either.

If a woman wants to take hormonal birth control – more power to her. The issue I have is that it doesn’t really seem like informed consent when we aren’t being told (or asking about!) how the pill changes our bodies. Prescriptions are handed out all the time to “fix” hormone issues, and yet diet and lifestyle changes are rarely mentioned, or implemented.

And we aren’t learning how our bodies work.

I was shocked how much I didn’t know when I began learning about Fertility Awareness/Natural Family Planning. Women email me weekly with questions trying to figure out what’s going on with their bodies and many of those can be answered if they simply knew how to chart their cycles.

In fact, if you learn only ONE THING from me, it’s that, as a woman, learning about the physical and emotional nuances in your cycle is one of the most important things you can do. Talk about empowering!

But all of that could change in a BIG way and I really, really hope you’re with me on this. Help me back this Kickstarter project!

If all of my readers gave just $2 we can get it fully backed this weekend! 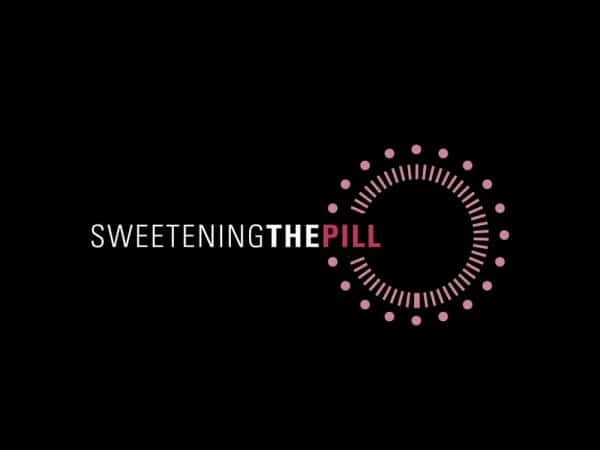 Sweetening the Pill, based on the book by Holly Grigg-Spall (available on Amazon) and executive produced by Ricki Lake and directed by Abby Epstein – the brilliant team behind The Business of Being Born, is a new documentary that will explore what technological and medical advancement might mean for birth control in the 21st Century.

The donations will not only fund the film, but they will also act as an affirmative vote, a raised hand of support, for this project. For starting this conversation. It won’t just be the money raised that counts, it will be how many people came out to show support for addressing these issues.

Show your vote and support by donating! As of right now there are almost 800 backers and I know, without a shadow of doubt, that there are more than 800 women that support this message. Even if you only give $1, your vote will count.

What made you want to shed light on this topic of hormonal contraceptives?

Ricki: It really seemed like a very natural progression for us from ‘The Business of Being Born.’ Women spend more time trying to avoid pregnancy – a decade or more at the start, then they have babies, then they’re back to trying to avoid it for further decades. It’s an experience all women share. What we did for birth, we want to do for birth control, and empower women with more information and more choice. ‘The Business of Being Born’ was about body literacy and this project is the same – it’s about women knowing, understanding, and trusting their bodies.

Abby: We’ve both had our own negative experiences with different kinds of hormonal contraceptives over the years. We know other women who have experienced the same thing. Holly Grigg-Spall sent us her manuscript for ‘Sweetening the Pill: Or How We Got Hooked on Hormonal Birth Control’ and something just clicked when I was reading it. For the first time, I was connecting emotionally difficult periods in my life to the use of the pill and it just made so much sense to do this film. We could approach birth control with women’s empowerment in mind, too.

Holly: For me, I wrote the book because I had a pretty terrible personal experience with the Pill, which I used for ten years consistently. The book began as a blog that I wrote about coming off the Pill and my experience doing that, how it made me feel, finding alternative contraception, learning about my cycle and so on. That blog meant that lots of women got in touch to share their own stories. I realized the extent of this problem. I then soon realized it was really taboo almost to criticise the Pill or the culture around the Pill. That interested me. I saw ‘The Business of Being Born’ when I was actually writing the book and I made the connection right away. I wrote about the parallels between the birth and the birth control industries. I knew that the book could make the basis of a great documentary and that the absolute best people to do this would be Abby and Ricki. I set my sights on that. Of course, I am now over-the-moon about the film. A book is one thing, but a documentary like this can reach so many more women.

Why have you turned to Kickstarter to get this movie made?

Abby: We spent a year going the traditional route and we met with a few networks and production companies. We had a lot of discussion and a lot of real interest. People were saying this film could be “the Food Inc. of birth control.” Everyone has a story or knows someone who has a story about this, it’s just that kind of subject. But, it doesn’t have that commercial pull. It seems, at first, a little scary even. Some people struggle to understand the perspective. We have to explain that it is not anti-birth control or anti-Pill. Instead it is pro-informed consent, pro-choice, and pro-knowledge. We want women to have more options for contraception, not less! We want them to have more access, not less! It’s a feminist film project. This topic is very politicized right now, so that takes a little time to explain.

Ricki: People might not realize, but we didn’t actually make any money from ‘The Business of Being Born’ – it was hugely successful in many great ways, but we lost money. Documentaries are really passion projects. We know a grassroots effort is right for this project, it spreads awareness and gets the conversation going. Women will share their stories and may even share their stories for the film. They will have their experiences validated by this, which is so important. The campaign is doing really well, but we have to keep going strong to reach our goal now.

The Kickstarter campaign highlights Fertility Awareness Methods as a non-hormonal alternative, particularly when supported with apps and new technology. How did this area come to your attention?

Ricki: We got introduced to Kindara first through Holly’s book and we have met with them and discussed their work with their app and new wireless basal body thermometer, Wink. They want to democratize this knowledge, make it part of every woman’s education. They really think it could change things for the better when it comes to women’s lives. We also spoke with the makers of Clue in Berlin. They’re helping women track every part of their monthly cycle. It’s great progress for women’s reproductive health. Just this week we saw that Apple finally decided to add menstrual cycles to their HealthKit app. This is wonderful. It means other apps can sync with the native technology on the iPhone and it means more women will come to realize they can track their cycles and benefit from being aware of this information. They will be made aware of that option.

Abby: Really the technology sector is leading the way here. We’re seeing them step up and help and support women who don’t want to or can’t use hormonal contraceptives. They’re making using Fertility Awareness Methods simpler, easier, less time-consuming and more approachable. They’re getting in the media and getting their message out there. And these people are also a wealth of knowledge because thousands of women are using their apps and talking to them about their cycles and experiences.

A lot of women take the Pill for other issues these days, not just for contraception. Do you want to explore this?

Abby: Absolutely. A couple of our film advisors work in this area – providing holistic, natural reproductive health support. They are working with women who have found the Pill hasn’t helped them long term. They’ve had side effects or the problems they had before have returned after coming off. They’re struggling to get pregnant. The Pill is prescribed for so many health problems these days and, although it’s definitely helpful and even essential for some women, it’s not the right treatment in all situations. In the Kickstarter video we highlight one part of this – how women are using it to regulate their cycles, even though they’re getting misleading information on that.

Holly: This is such an important area. More and more women are on the Pill for everything from acne to PCOS and yet the Pill doesn’t treat these problems, it only masks them. When women come off, most commonly the issue returns and might even be worse than before. We think that women have to suffer with PMS, like it’s our destiny, inevitable, when actually a lot of hormonal balance-related problems can be treated properly long term with alternative protocols. Women deserve better. They don’t have to put up with this stuff. And they don’t always have to use drugs that give them side effects to fix the problem. For some women, as Abby says, hormonal contraceptives are essential treatment. But we’re at a point now where it’s being doled out like a cure-all and it’s just not.

Click here to donate and help make this movie a reality!

And please share this information with your friends. They need to know that The Pill isn’t always (or ever) the best choice.

We women deserve to have the information we need to make the best choices we can for our health.

The many petals of depression
Next Post: Endometriosis and isolation