Home » Overcoming PCOS with food and nutrition (a success story)

Since the first time I got my period when I was 12 years old, it was never consistent. Sometimes it would be a year between periods, and other times 3 or 6 months. Like many others in my situation, my doctor diagnosed me with PCOS, put me on the pill at a young age and that was that for 15 years.

At age 28 I decided to stop taking the pill and as soon as I did my period went straight back to it’s inconsistent ways. But it never seemed like a big deal to me until I reached my thirties, met my husband and we decided to start our family.

At about the same time as wanting to have children, I was also suffering from a range of unexplained health maladies that led me to see a functional medicine practitioner. Little did I know at the time, along with helping resolve all the other issues I initially sought treatment for, she would restore my irregular period for the first time in my life. 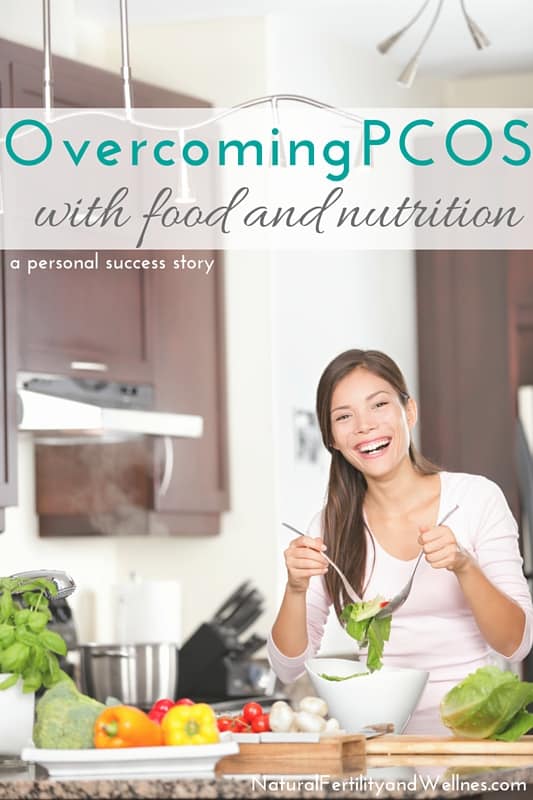 My journey into functional medicine started with a lengthy 3-4 hour interview where my functional practitioner delved into every aspect of my medical history since birth, as well as conducting a thorough examination of my personality traits and behaviors, in addition to my body. I then went through numerous diagnostic tests to enable my functional practitioner to get a complete picture of my state of health, so she could then begin to map-out a course of treatment that would transform me from an anxious, sickly, and infertile specimen to a happier, healthy self who was in tip-top shape for becoming a mom. These diagnostic tests included food allergy testing and testing for dietary deficiencies, among many others.

Over the course of the next 12-18 months, my diet took a complete re-build. Not a little tweak here or there, I’m talking a complete tear-it-down-and-start-again. Having grown up on pop-tarts and lucky-charms I had never learned to eat well so following a Paleo diet rich in meat, saturated fats, and fresh green vegetables took a lot of discipline and commitment.

I stopped eating eggs, dairy, and gluten, as well as cranberries, sesame seeds, bananas and a few other foods I found out I was allergic to. I also began to take supplements including vitamins, minerals, oils, and amino acids.

I hated it at first, and I didn’t do very well at sticking to it. Quitting Reece’s Peanut Butter Cups was for me, what it must be like for a pack-a-day smoker to give up cigarettes. I also had never been good at cooking so that was a whole other obstacle to overcome. But over time, as I began to eat more nutrient dense whole foods, less sugar and steered clear of processed foods, my body began to crave these healthier foods.

Being unwell all the time and really wanting to have children are pretty powerful motivators and day after day, I also found the cooking more enjoyable. The food started tasting better, and I systemized the supplement taking to make it easier. I gradually noticed that I craved sugar and my other go-to junk food favorites less and less. A few months in, I felt more alert and emotionally stable. I slept better, and my previously unpleasant reflux symptoms began to disappear.

But the best surprise that came out of these nutritional changes was that my periods began to regulate normally!

Many People Overcome PCOS with Food and Nutrition

Since starting this journey of improving what I eat, learning to avoid foods I’m allergic to, and supplementing my deficiencies, I’ve discovered that there’s a whole world out there of women who have overcome PCOS and ovulation disorders this way. Many of them have even had children when they were once told it was impossible, and I hope to join them soon when my time comes too.

For those of you who appreciate the power of the body to heal itself when given the right ingredients to do so, then you will undoubtedly love integrative functional medicine. Treating chronic health disorders like PCOS by discovering the root cause and then tackling it using nutrition as the predominant treatment therapy is much better than putting a bandage on it like using birth control because eventually the bandage will need to come off. 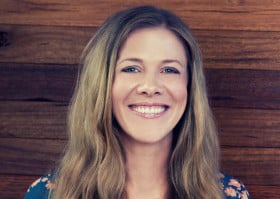 Kym Campbell is a blogger who has struggled since 2011 with infertility. She started her website, Smart Fertility Choices as a means to provide fertility information to others with the aim to empower through knowledge. Her website covers a range of topics from natural fertility solutions and emotional support to assisted reproductive medicine and fertility preservation.

You may also be interested in these posts from the same category.
Previous Post: « Is cooking in a microwave safe for your fertility?
Next Post: Women’s Wellness Summit Invitation