1982 tonsillectomy after the suggestion of surgery if I had strep more than a dozen times in a year at age 7.   Check.

1982-1986 stealing swigs of my siblings pink, thick and creamy amoxicillin because it tasted like bubble gum.  Check.

1990 was told Tetracycline would be the way to manage my break outs. Check.

1993 began a 9 year run on the birth control pill at age 16. Check. (My doctor told me it was the only way to manage my long and painful monthly cycles.)

1993 was put on Zantac to manage the ulcer I got as a result of the stress from my moms recent cancer diagnosis. Check.

1994 laser laparoscopy because my doctor was convinced I had endometriosis at age 17.  Check. (I did not.  I told him my appendix hurt.  He told me it was my  long and painful monthly cycles.)

1995 appendectomy to remove appendix that had been painfully and slowly excreting poison for 18 months at age 18.  Check.

1996  The same doctor (my gynecologist) I have had since I was 16 prescribed Prozac for me over the phone to manage a 3 month bout of depression I had fallen into.  Check.

2000 was put on the Z-Pack monthly for a year as I had 14 UTI’s in a row and got a yeast infection in my mouth.  I thought my teeth were going to fall out. Check.

2003 during my one and only vaginal exam while pregnant at 40 weeks we discover I have a yeast infection I didn’t know about.  Ten days later my baby is born through yeast.  6 weeks later is covered in a yeasty rash. 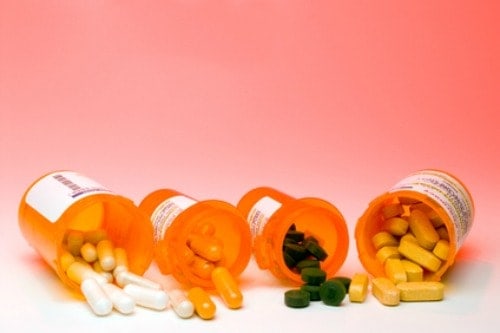 The checks?  Well, those are all items that score high points on a candida questionnaire, ruling out whether your exposure has been high enough to warrant a candida problem.  I had been dealing with heavy and painful periods my whole life and was clear the fog I was living behind and the fatigue that had been lingering for the past couple of years wasn’t normal.  Three years ago, along with the largest stressor of my life so far came cystic acne that was leaving the skin on my face, neck and upper back scarred.  I was becoming, for the first time, self conscious about my skin and face, and being a low to no make up girl was now a problem.  I was spending way more time than needed applying concealer and managing these break outs.  I was devastated.

I would hold off on making videos for my business or being photographed because I was so aware of how bad the outbreaks were.

Clearly I passed the questionnaire with flying colors in order that I see there was a candida problem.  I could clearly see the problem but needed some confirmation.  The problems were beginning to pile up and I needed to manage my health on yet another level, which I guess is the piece that left me in denial.

I was off the stinkin’ charts with my numbers.  Intervention was necessary so I jumped in.

This meant avoiding the below foods, AND, is slightly different depending upon whose protocol/blog/book you follow.  I say follow your gut.  I added raw dairy back in at about 6-7 weeks in very low increments as my body doesn’t do well with dairy anyway.  It was a way for me to fill the need of being hungry without going overboard.

In order to pull this off I ate: pastured meat, butter, some cream, vegetables, low glycemic fruit such as berries and granny smith apples.  I continued my daily smoothie and juiced every other day.

My sugar cravings were gone in two weeks.  Gone.  It’s been four months and I still don’t crave it and I’m realizing I had craving for sweets all the time.  Though I typically don’t eat anything sweet unless I’ve baked it (sugar free) or I dive into a bite of dark chocolate, I realized how much my body was driven by whether I had taken that bite or not.

I had to eat constantly for those two weeks, and if I felt like I couldn’t fill the tank, I would have a few sips of plain Beyond Organic Amasai.

By the beginning of September my skin began to clear though I suspected I would need to take one more step.

I did the spit test, which wasn’t necessary, but more for my own entertainment.  That grossed me out so quickly I ordered the supplement protocol right away.

Within three days of starting on the 10 week regimen of supplementation for cleansing alongside the right foods, my bowels had completely changed, and this was an area I was 85% okay in. With keeping in mind that some of you are reading this blog over lunch, I will say that I could see how long some of what I was eliminating had been sitting in my gastrointestinal tract just by looking at the amount of waste I was losing and what it looked like.  There.  End of that story.

My skin flared up like mad for three weeks, and believe me, I was ready to throw in the towel.  I forged ahead.

And slowly, the fog began to lift, my bowels continued to change, and ten weeks went by really quickly.

I got really in touch with when I was actually fatigued, how to manage it and noticed how I felt was directly related to the foods I was eating (even though they were whole and good).  I’ve learned I don’t do well with a lot of fruit and am thrilled that need for sweets is now gone. 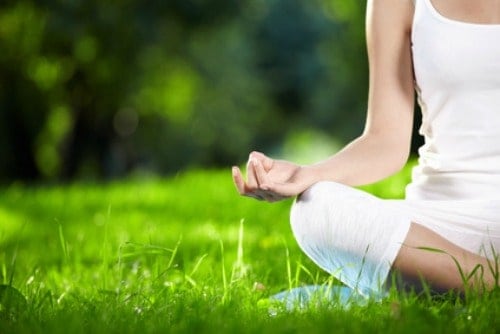 Stress management was another aha for me.  I recommitted to a weekly yoga class just for mama (it’s way more relaxing than doing it at home with cats, children and dogs crawling under you, asking you questions, pausing your video/audio without asking, yes?), and began a committed “Be Asleep By 10 pm” and Up By 5:30 to start my day.

No more feeling foggy and fatigued.  Now I know if I’m tired I’ve missed out on some sleep or had a particularly stressful day.

And the other day while baking up some goodies for the holidays with my girls out of raw honey, coconut and dark chocolate, after having a nibble here and a nibble there I literally felt sick.  Those simple whole foods (yet sweet) were just too much at one time.

I am so grateful for the gift of health.

What step into health will you take in this new year?

Nichi Hirsch Kuechle supports moms from pregnancy to parenthood as a Childbirth Educator, Birth Doula and Nutrition Response Testing Practitioner in Minneapolis. She publishes a weekly e-zine called Raising Healthy Families, which offers tips and ideas to bring ease, clarity and understanding to your parenting. She also teaches a variety of live and virtual workshops.