I went to a workshop with the title “Healing With Food” a while ago, and I have to admit that I was pretty disappointed. Not that it wasn’t good, it was interesting – I never knew you could do so much with a potato. But it wasn’t exactly what I had in mind when I signed up for workshops at the conference I was attending.

Well, it turns out I was thinking along the lines of healing with whole foods by eating it, not just making a potato poultice for skin problems.

So here’s the deal – maybe I’m arrogant or something, and maybe some people think I am a bit of a snob when it comes to food, but when I tell people I haven’t had a cold in almost 5 years and that I used to get bad colds at least twice a year, I don’t think they believe me. That last year was the year that my cold went from a cold to bronchitis to pneumonia.

Six weeks of sleeping while sitting up in bed so you don’t feel like you’re drowning can do funny things to a person. 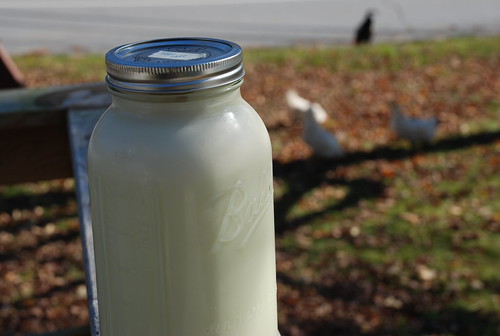 I knew at that time that food has powerful qualities – besides just filling your belly, it can heal your ills or it can kill you. It just depends on what kind of food you choose to eat, because pneumonia and colds are not the only illnesses that the right foods can heal. Or cause illness.

Now rewind to 11 years before the year I got pneumonia. I had much worse problems – I just didn’t know it yet. When I was 28 I had my second child. I had also just graduated from BYU with my BA in English Teaching and had lined up a long term substitute teaching position, which would give me the experience teaching to help me land a permanent teaching job the next school year. Things were busy, finances were tough and packaged food was REALLY cheap, especially if you used coupons.

I thought things were great. I loved teaching, but I was having issues with depression and fatigue and I had started to gain a lot of weight. After my first child, I gained and I banished fat from the house and by the next year I had hit over 320 lbs. Before I had the baby, I wasn’t thin, but I was about 175 after giving birth, about 25 pounds more than my pre-pregnancy weight (which was really upsetting to me at the time) which means I had almost doubled in weight since then, which was really horrifying to me because when I was only 22 – just 6 short years earlier, I was thin and athletic – I could run a 2 mile distance in a little less than 13 1/2 minutes, I only had 17% body fat – (You know it was a big deal if I knew that) so this was a BIG deal.

After I had my first child I had tried to continue with my fitness routines, ramping it up to swimming 40 laps 3x a week, running 2 miles daily, weight training 2x a week and doing aerobics 3x a week, but in spite of that, I was slowly and steadily gaining, until I was so physically exhausted that I just couldn’t do it anymore. I was also having miscarriages – one when my husband and I had been married about 3 months, another when my oldest was about a year old, and another a month or so before I found that I was pregnant with my second.

Halfway into my second year teaching I was in the doctors office – I never felt rested, I was extremely overweight, had stopped menstruating, and guessed that maybe I had a thyroid problem, so I requested tests to check thyroid function. When the results came back, I was told that I was fine. I asked if maybe the results were borderline, and I was told there is no borderline with thyroid your either fine or you aren’t, and I was FINE. Go home, get off your lazy butt and lose some weight and all of your problems will go away.

Not in those exact words, but I was so upset by the condescending way that he spoke to me that I never went back, and I never looked for another doctor.

I tried the “perfect” diet

I tried to eat better by following the USDA advice and following the food pyramid even more closely, cutting out all fat, being sparing with the meat, and ramping up on carbs. I developed sugar cravings and had dry brittle nails and itchy skin. My hair was shedding so badly that it was in the vacuum, plugging the shower, and it was in the laundry and all over the carpet through the whole house (because the vacuum wouldn’t pick it all up – I had to sweep the carpets and would pick up a giant ball of hair every time I did.) By the time my son was 3 I was having hot flashes and night sweats like a menopausal woman. I was only 31. I had given up on the idea of having any more children, and I felt so sick and tired that I would wish that I could die rather than drag myself through the rest of my life feeling the way I did then. I never acted on that feeling because I had two small children who needed me.

I quit teaching in 2001, and concentrated what energy I had on basic survival, which with kids in the summertime means a trip to the library at least once every other week. And that is where it all started to change. I found a book in the library discard pile that got me thinking. It was “Calories Don’t Count,” by Herman Taller. I had been considering getting a food scale and diving into the world of calorie counting, which I had always refused to do, because I have always believed that eating should be an enjoyable, natural part of life -like breathing. Counting calories in my opinion was the equivalent of counting breaths. It was unnatural. So I paid the librarian 25¢ and took the book home and read it. For the most part, it wasn’t even about dieting, but discussed in basic terms the physiology of fat and why our bodies need it.

It seems silly to me now, but at the time, it was an eye opening read – I remember thinking it was nuts, and then the question forcefully came into my mind “what if everything that you have previously thought and been taught about nutrition is completely WRONG?” Taller had briefly mentioned some low-fat experiments with rats that he had done, and some research by Dr. Weston A. Price, having to do with dietary fat that really fascinated me. It really hit home because I was having all of the symptoms that the rats in his study had, and after researching Dr. Weston Price online, I realized that I was doing this to myself with my FOOD.

It seems so obvious now, and I have always made an effort to be healthy, but how processed pasta 6 nights a week fits into that picture, I still can’t figure out.

Luckily being a farm girl, I had the know how to cook real food, so I started doing it. Adding fat back into my diet was weird – I remember choking down the grease in my hamburger which I had been rinsing off with hot water through a colander.

I went from 300+ pounds to about 215. I changed out all processed flour for whole wheat flour and started making my own pancake mix. We switched from regular table salt to sea salt. We got rid of the sugar. We bought a freezer and dumped canned foods.

With every change I began to feel a little more normal, but I was still infertile. I started looking for a source of raw milk – I was not trying to get pregnant at this point; after 5 years I had pretty much given up on having any more children. I spent time calling every dairy in Utah, I even called the Utah State Department of Agriculture – all of who told me that it was illegal and dangerous. I drove around in the countryside looking for milk cows and even got up the nerve to knocked on a couple of doors to inquire about Bessy out in the field. I finally was directed (hush hush) by a goatherd to a ‘gray market’ operation, where I would go in and pick up milk at night and put my money in a box.

I noticed for the first time in years that my strength was coming back, and my muscle tone was firming up.

I got kefir grains and started drinking a quart of kefir every day. I had been having terrible trouble with candida and would get open weeping sores in the folds of my skin that were really painful, but after just one quart of kefir, they were noticeably improved. After a few weeks they were g0ne. When I started adding flax seed oil to my kefir, within two weeks, I found out that I WAS PREGNANT! The pregnancy went without a hitch and I didn’t gain an above normal amount of weight. I was back to my pre-pregnancy weight within a few weeks after the baby was born.

Things still were not (and are not) perfect – for example, the thing with the colds and later came pneumonia that spurred me farther along the path to more complete healing. But now I have 4 children, and feel that my family is complete. They are healthy and smart and beautiful. So what more could I ask for?

Healing with whole foods is real – not just in a potato poultice, but in real whole food that you EAT every day.

After all, as Hippocrates once said: “Let food be your medicine and medicine be your food.” 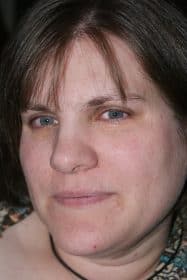 Anji Sandage was raised on small homestead farm in Arimo Idaho where they raised chickens, geese, rabbits, pigs called Porkchop and Sausage and a Jersey cow named Jennifer. Her mother taught the children from the time they were tiny to cook real food that they raised on the farm, because when she was a girl, her mother cooked everything from cans and so she felt that it was important for her children to learn to cook right. This training along with her discovery of the research of Dr.Weston A. Price was the key to healing that sparked the fire which Anji has used to help many others on their own journeys to wellness. Because of the healing power of real, whole foods, Anji Sandage is now the mother of 4 children, and is the Weston A. Price chapter leader in Salt Lake City Utah.