Many women wonder if fertility after 40 is possible. I’m one who can now say it’s very possible to conceive and have a happy, healthy pregnancy over 35 and even age 40.

My husband and I didn’t meet until we were both 33 years old. We married the next year and decided to wait a couple of years before trying for kids. We knew our chances of getting pregnant were more slim the older we got, but we wanted to take the first few years to get established in our marriage and get to know each other. We had both been single our whole lives up until then.

We were 37 when we first started trying for children. I knew that I was considered “advanced age” when it came to conception. We tried casually for a few months, then I decided to see a doctor for her input when we didn’t get pregnant during that time. She gave me some tips on having intercourse every other day starting on day 10 of my cycle. She also wanted to have me get an HSG (hysterosalpingogram) in order to see if my tubes were blocked.

Yet, there was no reason for me to think they were at this point, and I didn’t like the thought of having blue dye shot into my body. I also read about the cramping and other possible symptoms from this test. I decided to try to learn as much as possible about my cycle on my own and figure out how to make my body as healthy and fertile as possible by natural means first. 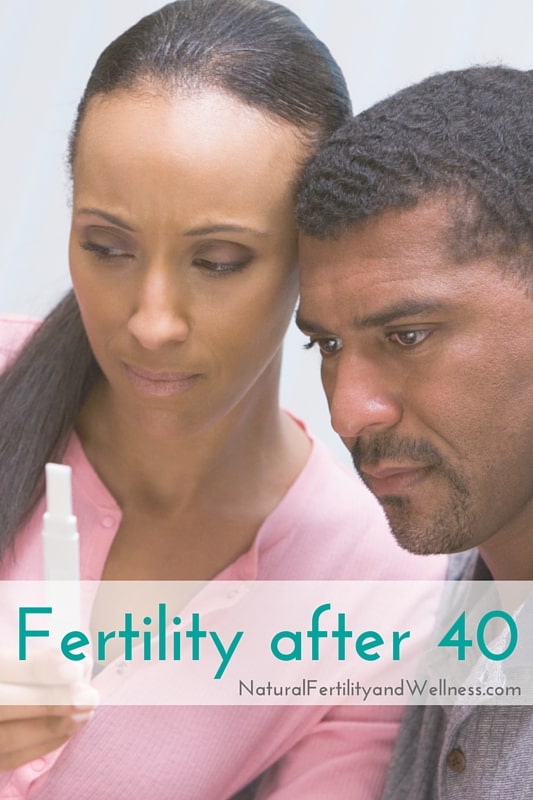 After about 5 months I became pregnant without much knowledge of my cycles yet. My husband and I happily told everyone early on, not thinking that miscarriage would even be an option. We did miscarry, however, after six weeks. Our hearts were broken, and I wanted more than ever to have a baby to hold.

It would be 13 more months before I conceived again. During this time I studied and learned as much as I could about fertility and ovulation and sought diligently to get my hormones stabilized and in the best condition possible for conception.

I began to eat as healthy as I knew at the time and drinking herbal infusions I knew were fertility boosters and general tonics for the female system. The main two I utilized were nettle and red raspberry leaf.

I learned to take my basal body temperatures, check for fertile cervical fluid before ovulation, and also began using ovulation predictor strips to test my LH levels and determine when ovulation would occur for the month.

I was already utilizing evening primrose oil to help promote fertile cervical fluid and vitex to help keep my hormones balanced each month.

I lost my second pregnancy early on as well and was told it was the same cause as the first, a blighted ovum.

I decided to go against doctor’s advice and try again right away. For a couple of months my husband and I had been drinking a drink loaded with spirulina and also taking capsules filled with maca root powder.

I believe these two superfoods helped me improve my fertility, get pregnant, and stay pregnant at age 39.

Spirulina is a blue-green algae that is commonly fed to birds and fish to increase their fertility, but it also works wonders for humans in regard to fertility and overall health because of the richness of vitamins and minerals. It benefits the endocrine, nervous, immune, and metabolic systems. The high-protein content may be why spirulina tends to improve fertility.

Maca is also considered a superfood. It not only improves fertility, but it is also great for boosting libido, which can be greatly hindered by monthly scheduled baby-making sessions. It is thought to improve egg quality and I believe it did just that for me. We women are thought to have the total amount of eggs we will have in our lives when we’re born, and it is also thought that the quality of our eggs diminishes the older we get. Thus, the reasoning behind lower fertility as we get older.

{More about these and other fertility herbs I utilized}

With my second son, I got pregnant at age 41 after a few months trying. We were again taking maca and drinking the spiriulina drink. My beautiful sons are such precious gifts from God, and we are forever grateful that He blessed us with children!

Sally is passionate about helping other women improve their fertility and get pregnant more quickly. Her pregnancies at ages 39 and 41 are detailed at Getting Pregnant Fast  along with the herbs and techniques she used.

You may also be interested in these posts from the same category.
Previous Post: « Homemade Laundry Detergent and Fabric Softener
Next Post: Homemade “Extra Strength” Cleaner {31 Days to Cleaner Living} »